the NEW project is a choreographic strategy/system/framework that works towards collective instant composition. This transparent space for real-time experimentation uses bodies and objects in a constantly renewing interconnected exchange.

Luigi and Haydn are developing a performance practice that sits between contemporary dance and visual arts. This photographic series is an outcome of shared studio time in 2018.

Haydn is an interdisciplinary visual artist whose studio practices find resolution in performances and installations. Through use of the body and found-objects he explores intersections of sexuality, suburbia and psychedelia.
https://haydnallenstudio.format.com

Fabulina is a moving image assemblage on addiction, communication (or a lack thereof), pastoralism and doubt, incorporating a cast of artists, actors, dancers and choreographers.

Luigi was nominated for a Green Room Award for Best Performer in a Dance Production 2018 for his performance in this work. The work involved various improvised scores that harnessed Luigi's interests in navigating architectural and imaginative planes.

Inspired by 1960's and 70's evangelist groups, radical cults and alternative communities, this work toys between authenticity and performance to question group behaviour, rapture and the desire for transcendental experience.

Phillip Adams / Balletlab resurrected scenes from their seminal work Miracle (2009) for an evening séance at Temperance Hall in 2018. 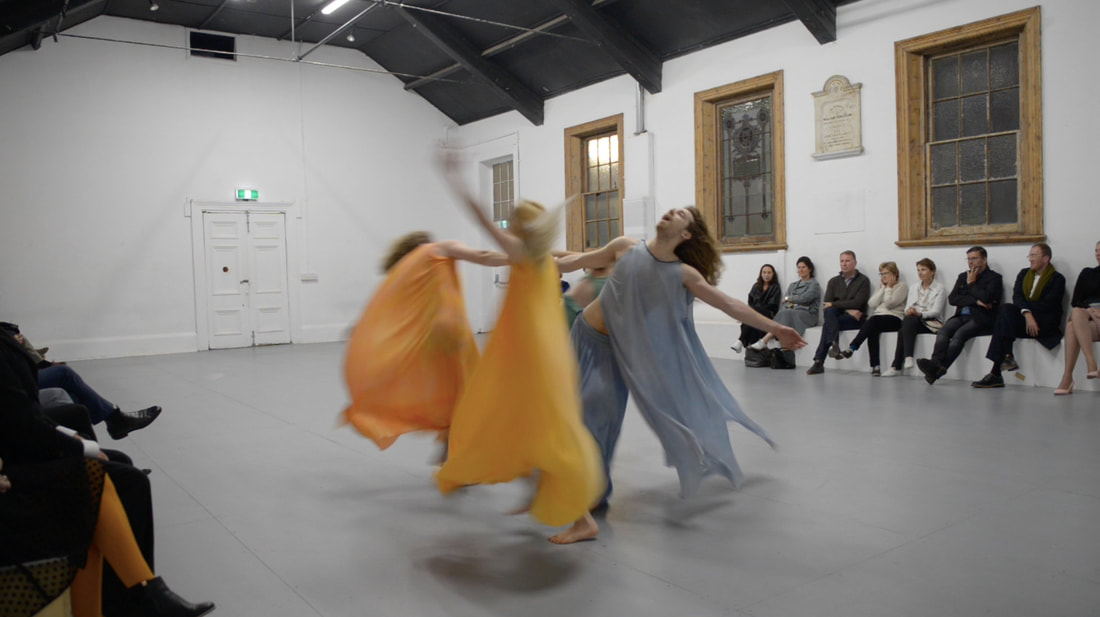 LOMAS is a 4 hour performance installation that seeks the interconnectedness of light, movement and sound. This multidisciplinary encounter took place out front of the Geelong Town Hall. Live sound-scape construction, contemporary movement and light manipulation met in real-time to offer a raw and revealing exchange of Luigi and Andy’s diverse practices. Projections and shadows were cast onto the Town Hall and viewers were welcomed to interact with the project.

Luigi and Andy challenged themselves to explore the possibility of each element dictating the others, thereby determining the overall composition. This approach animated each element, opening up consideration for how they might like to exist and interact with eachother, the space and passers by.

"Mixed Feelings seeks to question the enemy's body as if there was no war, think about distance as if there was no proximity, question a body where sadness is endless, but happiness isn't. Worlds apart, conflicts of interest and rebels with a cause, Indians and cowboys (good and bad) embodying a dance of unclear impressions, looking at a world created by us, thinking about diversity and plurality, exploring alternatives to the walls driving us into and against one another." (EIRA, 2016)

In Faces, documents from the First World War’s Western Front are brought into a physical yet translucent world of overlapping images. Time is expanded and warped in this unpredictable space, as anonymous bodies and faces appear in and out of focus. We are reminded of the uncertainty of war and its traces as we are left to contemplate a distant yet ever present memory and its place in the modern world.

Presented in May 2016 at the Canberra Theatre Centre.
Read more about James' work here: http://james-batchelor.com.au/projects

THE DELTA PROJECT
​UNDER MY SKIN

​Presented in May at Next Wave Festival 2016 in association with Arts House and Arts Access Victoria.
Anna, Elvin, Amanda and Luigi in Under My Skin. Captured by Pippa Samaya

This three hour installation features a negotiation of weight between body and object. In Enterprise Park, the process of searching for, ordering, manipulating and combining objects becomes the setting for an auto-mythology, a seduction of the self.
​
Presented in March 2016 as part of Art Not Apart Festival, Canberra.
Read more here: http://artnotapart.com/James-Batchelor-and-collaborators 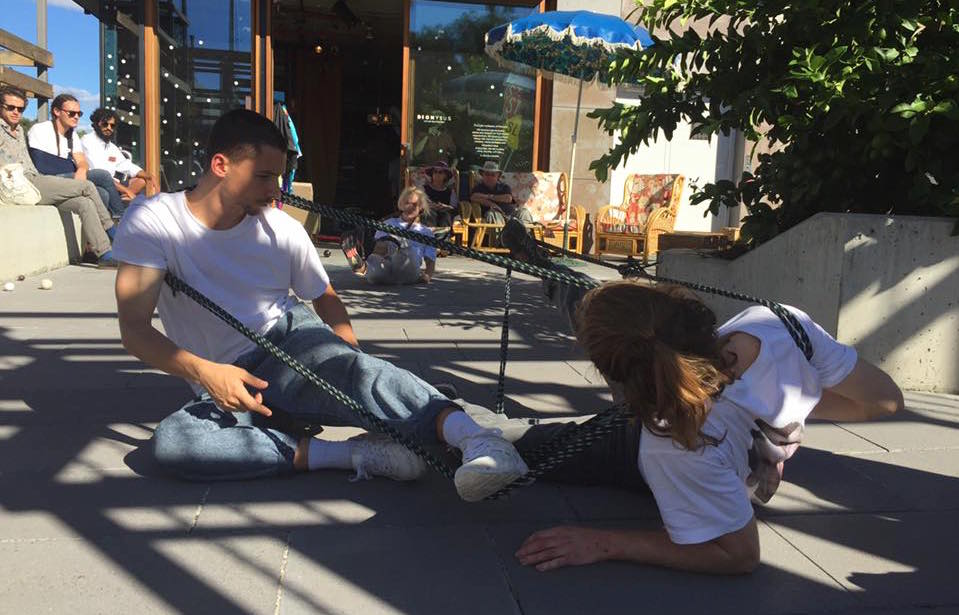 "The dancers test and alter a strong force field they have set up amongst each other, gradually deconstructing and dismantling the movement score. Rule of Thirds promises, and delivers, guts, virtuosity and focused abandon." Chunky Move.

The third part of Anouk van Dijk's acclaimed Embodiment Series; Rule of Thirds had its Melbourne premier in February 2016 and toured regional Victoria in April 2017.
​ 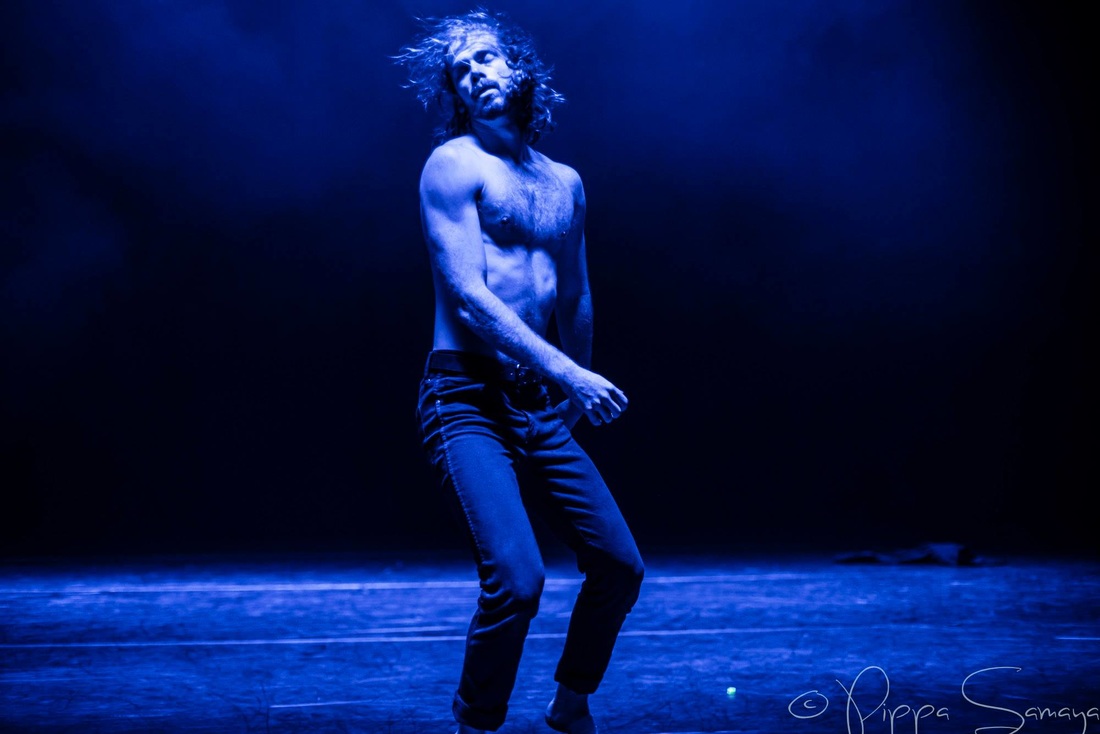 Three performers engage in  a mesmerising physical conversation about how and why we collect.​ This new short work was commissioned for Lucy Guerin Inc’s Pieces for Small Spaces in December, 2015.

Luigi joined Tasdance for their Affinity season, celebrating 18 years of directorship by the exceptional Annie Greig. This double-bill presented new works by Stephanie Lake, The Howl, and Graeme Murphy AO, The Time Together. Performed with live accompaniment by the Tasmanian Symphony Orchestra, it was an honour to be a part of such an exemplary program. This production was presented to acclaim in Hobart and Launceston last October. 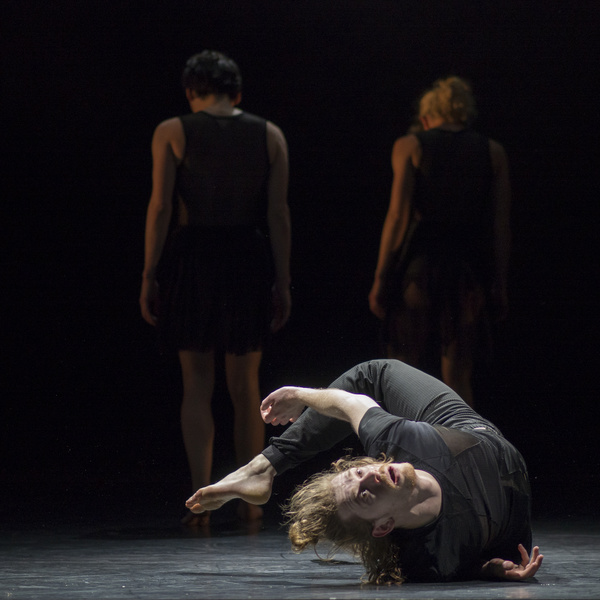 As the sun sets over a dusty city thoroughfare, the nuances of simultaneous realities and overlooked encounters are brought to light. Luigi worked with Chunky Move on Depth of Field for Dance Massive 2015, co-produced by Malthouse Theatre. He worked closely with artistic director, Anouk van Dijk, as both her assistant and a performer in the show. Making his debut with the company in this project, Luigi looks forward to continuing his relationship with this first class organisation. 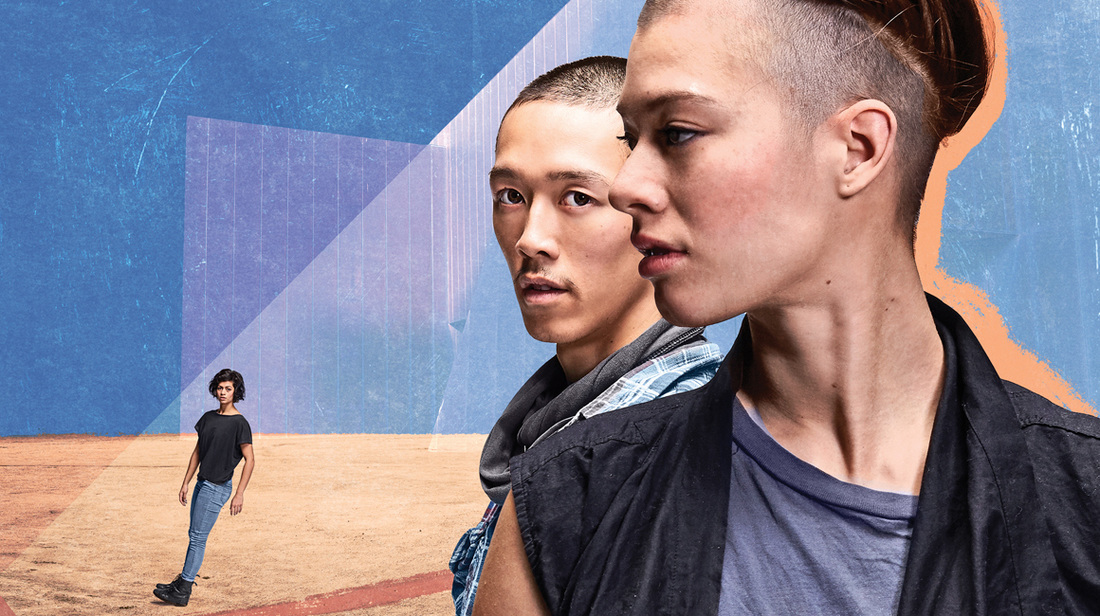 One Actor. One Accordionist. 12 Skaters. Teorema departs from the book and film of the same name by iconic Italian writer/director, Pier Paolo Pasolini, and arrives somewhere in contemporary dystopia. Luigi worked as a choreographic collaborator to Portuguese theatre director, John Romão, to create this unsettling sensory encounter. Luigi was thrilled to work in Portugal with John, a creative visionary who creates such challenging and gripping theatre.

​The production premiered in Porto to a sell-out crowd at O Rivoli Já Dança Festival 2014. It was also presented in Lisbon and Guimarães later that year.

Straight Laced explores the pressures of sensuality and sexuality in a predominantly heterosexual society. 'Don't make me choose and don't lace my sexuality with your views.' Choreographed by Craig Bary for Footnote New Zealand Dance, the work received a sold out season in Wellington, March 2014.

Luigi collaborated daily with Craig to develop tasks that shape this improvised solo.